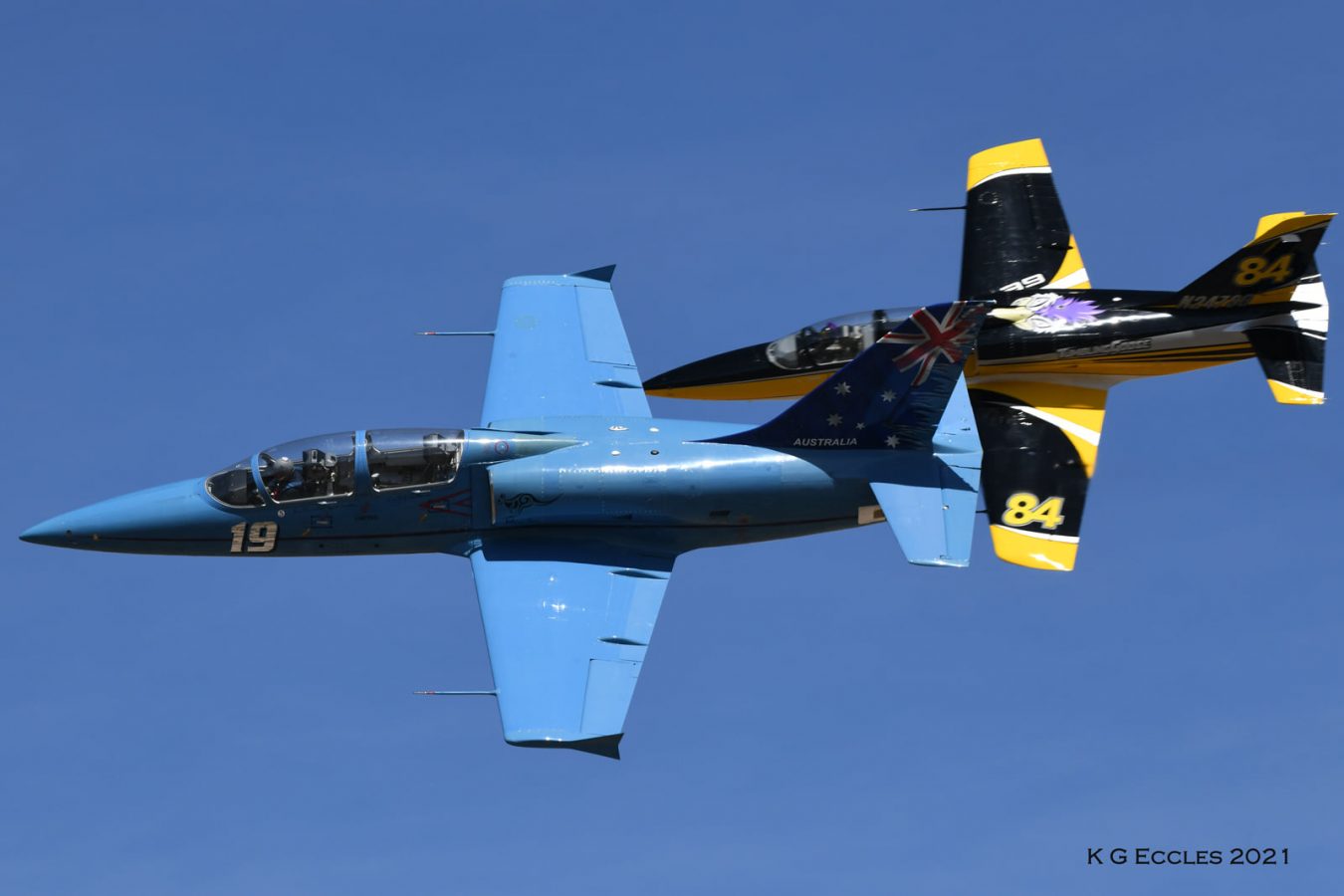 Winds were so strong that Saturdays racing was cancelled due to gusting 40 knots. But the team rallied to provide race fans with a very exciting Silver and Bronze race.

The Silver race was a thrilling race to watch with Charlie ‘Squid’ Camilleri flying Blue Ice -Race #19 the L39 Albatros, holding off fellow racer Scott ‘Cheese’ Gusakov in a nail biting 6 lap race! If you check out the video you will see how close “Cheese” was on ‘Squid’s tail during the race, with his shadow ever present as they race 50 feet off the deck, with hundredths of a second between their finishing times. Squid clocked a speed of 418.718mph and Cheese finished with 418.558mph.

The Bronze race was another great race, a rookie at this years racing, Joe ‘Facepunch’ Swindel keeping in front of Scott Farnsworth in his S-211 Marchetti. ‘Facepunch’ finished 4th place with a speed of 388.044mph racing Miss Independence Race #61 the L29 Delphin jet.